Goblin Valley State Park   There are thousands of hoodoos and hoodoo rocks – referred to locally as goblins.    Along with Bryce Canyon National Park it is one location with some of the highest occurrences of hoodoos in the world.  Some of the scenes of the alien planet in the Tim Allen Movie – Galaxy Quest – were filmed here 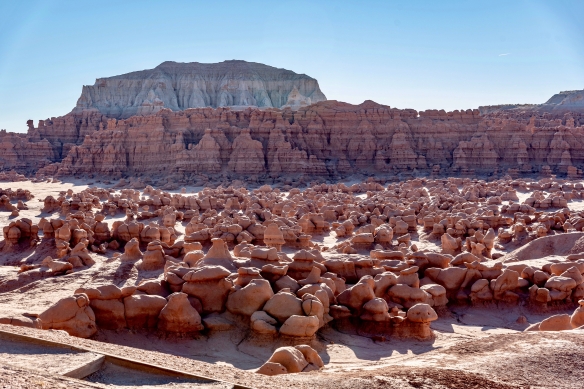