We decided to take a lighthouse cruise from New London.  It lasted about two hours.  If you are in the area we highly suggest the tour.

New London Ledge Lighthouse.  This lighthouse reminds us of the lighthouse in the Hudson River near my hometown of Athens, New York.

It’s reportedly haunted by the ghost of an early keeper named Ernie. 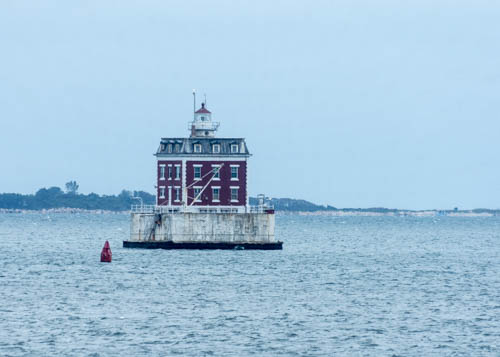